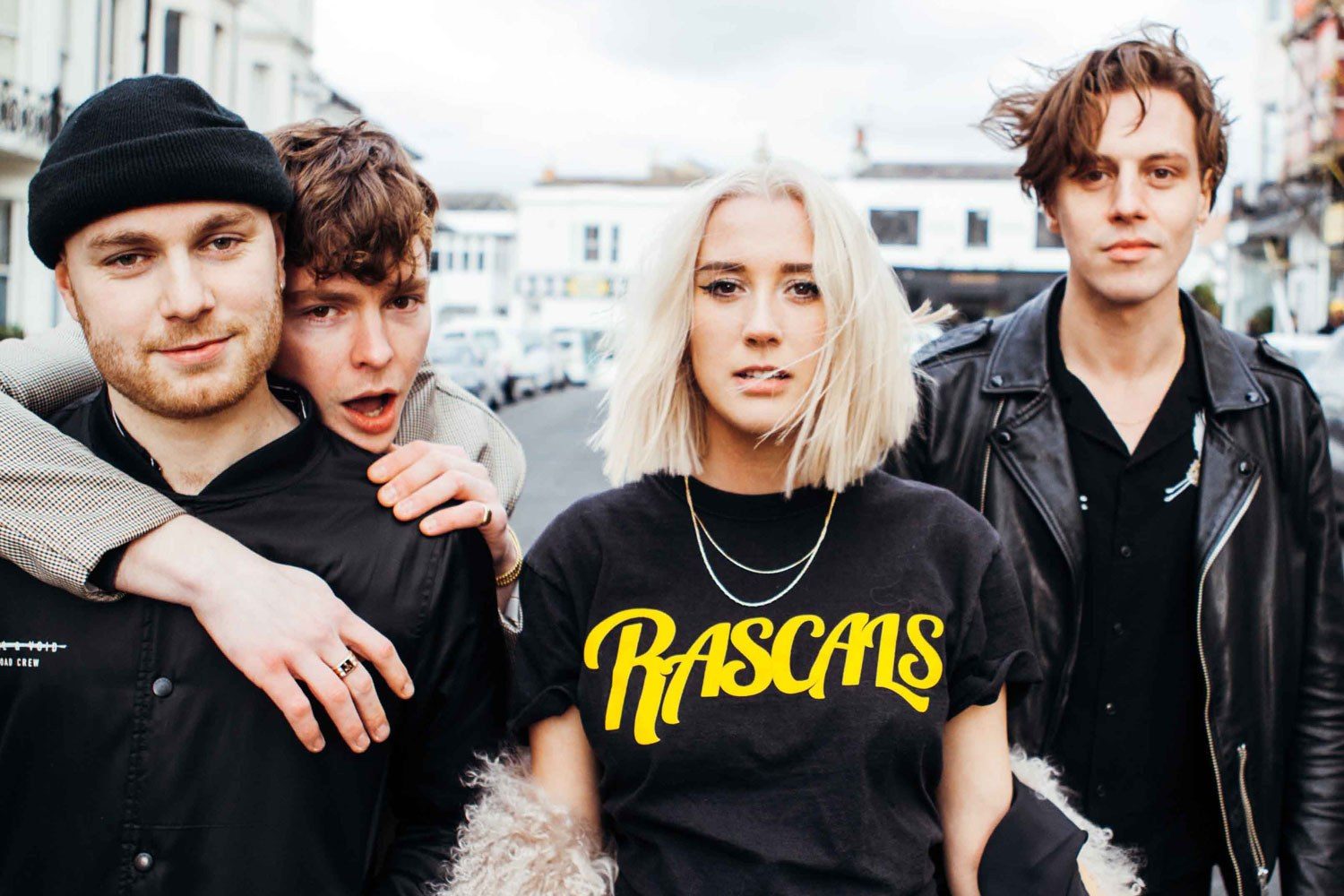 English quartet Yonaka combine heavy riffs, melodic hooks, and on-stage punk furor like the wild spawn of Yeah Yeah Yeahs and Royal Blood. The Brighton-based band — comprising vocalist Theresa Jarvis, guitarist George Edwards, bassist Alex Crosby, and drummer Robert Mason — met in college while each member played in different bands. They got together in 2014 and quickly gained areputation for their formidable live shows. In 2016, they issued their debut single, “Ignorance,” followed by “Drongo.” The next year they released “wouldn’t Wanna Be Ya” before the arrival of their first EP, Heavy, which featured the single “Bubblegum.”

Yonaka released their banger of a debut album, Don’t Wait ‘Til Tomorrow, in May of 2019 with killer tracks such as “Bad Company” and “Rockstar.”