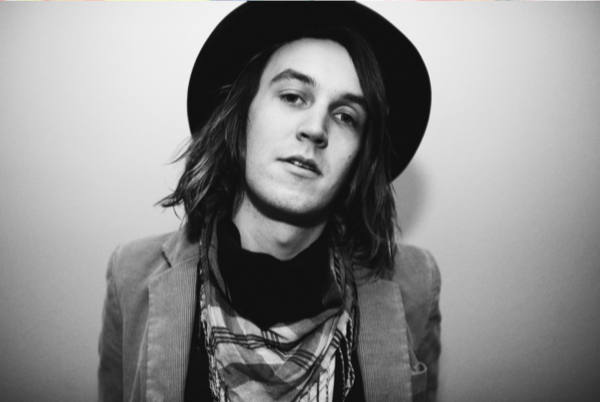 “Music is my passion,” Tim Myers enthuses. “I eat, breath, sleep these songs. Every hour in my day is dedicated to it, not for fame but love. I just love to write and create and make music.”

That fervent feeling rings loud and clear throughout Myers‘ music. His songs are a kaleidoscopic marvel, merrily veering from exuberant psychedelia and earnest indie to lush acoustic balladry and straight-up rock ‘n’ roll. What unifies such intricately crafted songs like “Beautiful World” and “Life’s A Party” is the Los Angeles-based singer/songwriter’s irrepressible ingenuity and infectious high spirits. The single “Under Control” reached #68 on the Hot AC radio charts. His new album “The Year” will be coming out in the Fall/Winter of this year. He has played to packed houses all across the U.S. including making an appearance at Coachella Music Festival and opening up for the music legend Loretta Lynn.

Myers grew up in Southern California, where his dad, an erstwhile hippie- turned-pastor, turned him on to the extraordinary Sixties canon, from The Beatles and The Band to Paul Simon and Jimi Hendrix. He began playing piano at an early age, transitioning to guitar upon hearing Nirvana’s Nevermind. “I learned every single chord,” he says. “I became obsessed with it. I had to keep it hidden from my parents, because that was an album I definitely was not allowed to listen to in our household.”

At 18, Myers moved to Los Angeles where he co-founded OneRepublic with Ryan Tedder and Zach Filkins. He spent four years with the platinum-certified pop-rock band, playing single, “Stop And Stare.” The song reached #2 on the US Charts, #1 on the UK Charts, and was certified Platinum within a year. But as the band grew more and more popular, Myers discovered that he was not especially interested in the lifestyle that goes with such success. Rather, his enthusiasm was for the crafting and creation of songs. As he puts it, “My favorite part of music is the music.” In 2007, Myers parted ways with OneRepublic, determined to devote full energy to his solo career.

An amazingly prolific songwriter, Myers writes and records at a shockingly brisk pace, the end result of his breakneck methodology is a wonderfully eclectic sound that crackles with inspired energy, effortlessly capturing that magic moment of creative genesis.

“I try to keep my music organic,” he says. “I write and record the mood I’m in that day – I don’t try to force something that’s not there. I keep the music real, raw, and me.”Myers’ impulsive spirit rings out all through his love of glamtastic group vocals, “I love sing-along choruses that sound like a huge party rather than just a single vocal.”

While much of his recordings have Myers playing virtually every instrument – from drums and piano to guitar and mellotron – he also revels in artistic collaboration. He’s partnered with an array of gifted producers, songwriters, and studio professionals, including 4 time Grammy Award songwriter and artist Joy Williams from the platinum band The Civil Wars, multi-platinum artist Ke$ha, singer-songwriters: Lenka, Meiko, Ben Lee and Nikka Costa. “Words cannot express just how much feeling I have for my music,” Myers says. “I’m so excited to get it out there and have people enjoy these songs. It’s what I’ve spent my whole life working towards.”