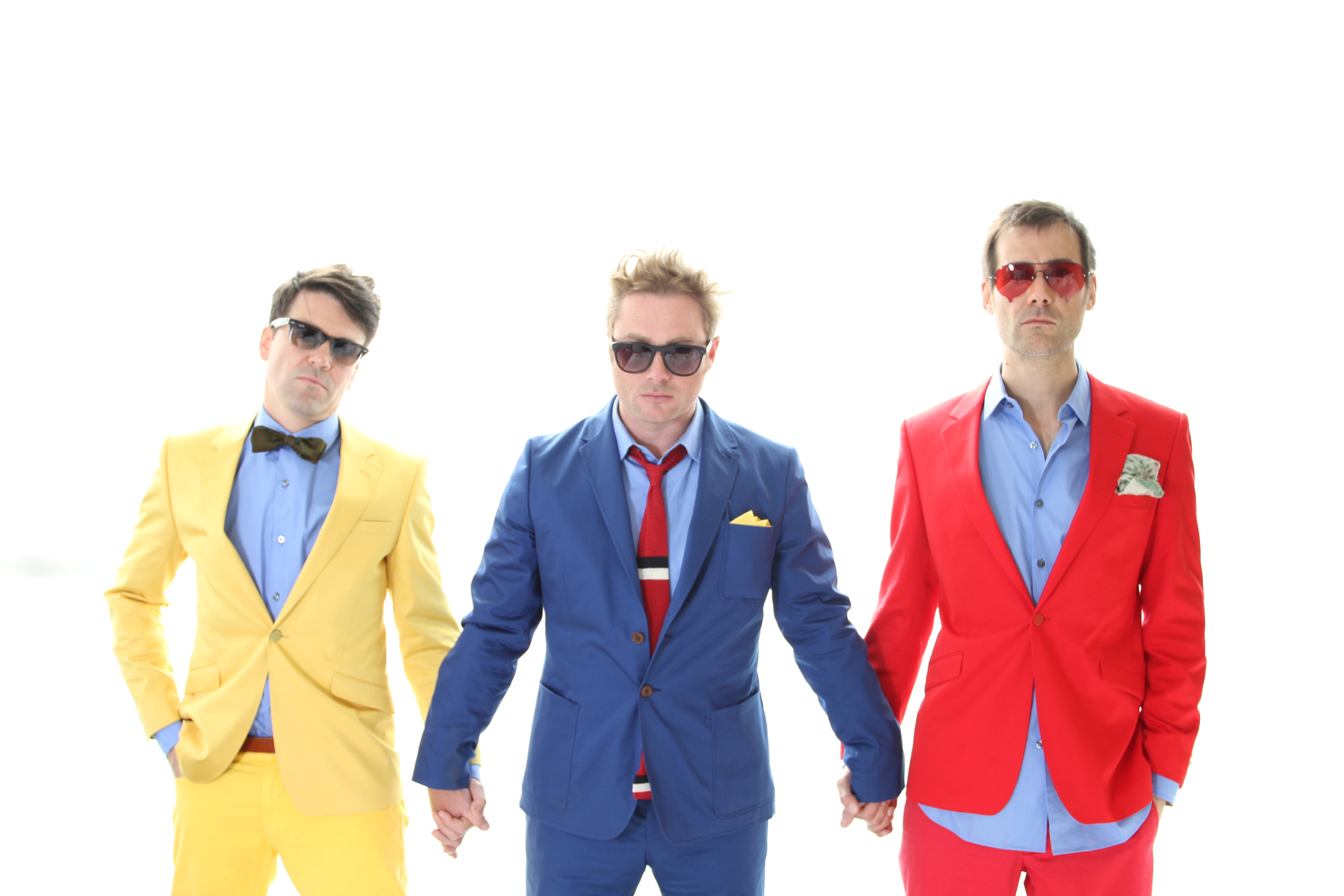 The band became quickly infamous; their situationist concerts were legendary in the East Village. Their sound was so very different from the neo-grunge movement of the early 90’s that within a short time, after the signing of a cocktail napkin deal with the prolific Seymour Stein, Spacehog entered the airspace of nineties rock stardom on Sire.

On October 24, 1995, Spacehog released their debut album, Resident Alien, produced by Bryce Goggin.Resident Alien was widely received, selling a million copies, and spawned the hit single and video “In the Meantime”. Spacehog created their own genre of sound, challenging the moniker of glam-rock by rounding out to a whole new identity, carrying forth the profound influences of T Rex, Iggy Pop, Queen, David Bowie & the Spiders. By colliding these influences with a wall of distorted guitars, and the stupendous daring of their lead vocals, they made a musical statement that seemed to say that life is too serious to be taken seriously.

The band’s second release, The Chinese Album, arrived in March of 1998, featuring a more ambitious symphonic sound in the spirit of British psychedelic rock and garnering critical acclaim. Where the evolution of Spacehog did not always meet with the same commercial viability as they achieved with Resident Alien, the band evolved and its sound matured. Spacehog signed with upstart label Artemis Records, and released its third album in February of 2001, The Hogyssey, produced by Paul Ebersol. Life and its trappings ran fiercely concurrent with the severe mood of the world in September 2001, and Spacehog disbanded.

Ten years later, Spacehog is back. The time that has passed delivered them to a whole new level of sound through experience. Given the lessons of time and the longing to evolve further as a group, Spacehog found their alignment once again, by force of will and gravity, reuniting with Bryce Goggin to create As It Is On Earth, the long awaited fourth album. At once rebellious and repentant, the sound transforms the emotive to the auditory with great, driving insistence, as if to say that life is much too serious to be denied.

As the band prepares to invade our airspace once again, Timo Ellis, the multi-instrumentalist of Netherlands fame, has stepped in on guitar and vocals for Antony Langdon, whilst he pursues celluloid success out west. Jonny, Richard and Royston are geared up and ready to remind us that, after all, the essence of rock and roll is drama. As It Is on Earth promises to deliver.