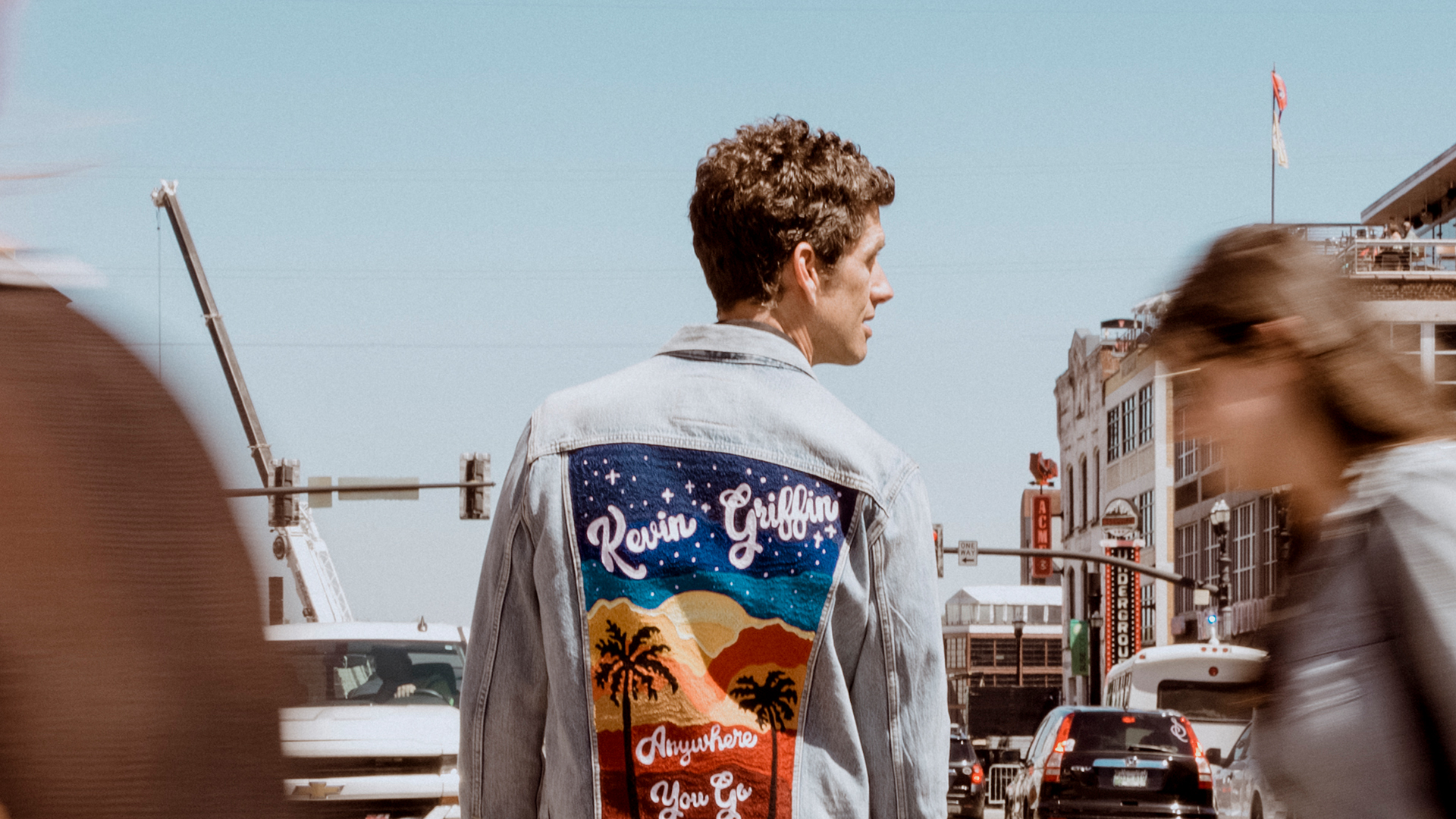 It happened at just the right time…

Three decades into an illustrious and multifaceted career, Kevin Griffin finally decided to write and record his very first full-length solo album Anywhere You Go. The Better Than Ezra frontman, award-winning songwriter, and Pilgrimage Festival co-founder has added  yet another persona to his resume:  solo troubadour.  Buoyed by minimal production, sweeping vocal harmonies, and narrative lyricism, he’s penned some of his most intimate, inimitable, and irresistible tunes to date.

“My guiding rule was to do something different…” says Griffin from his home in Franklin, TN. “…to just do the opposite of my first instinct.  I wanted to bring all the music that I’m moved by into a collection of songs that didn’t pull from my usual bag of tricks.  I started with no expectations, considerations, or concessions other than just wanting to make music that I loved, and I think because of that the whole process has been a joy.   I wanted to make a collection of the music that inspires me—from when I was a kid in the seventies to the songs I hear on Spotify playlists now. The title speaks to that. Sonically, the songs go in a lot of different places.”

Over the past year, Griffin started toying with ideas for the songs that would eventually comprise the record. Taking his time, he reacquainted himself with classics such as Neil Young’s Harvest and Bob Dylan’s Blood on the Tracks as well as devouring music from the likes of Dawes, Father John Misty, and Mac DeMarco, to name a few.

Holing up at his own Pink Deer Studios in Franklin, TN, he drew inspiration from sparse production, approaching both the writing and recording from a new perspective. Joined by Fred Eltringham [drums], Andrew Petrov [bass], and Ben Alleman [piano, B3], the musicians focused on capturing a sound tailormade to flourish in the live setting. As a result, songs unfolded organically with a timeless spirit and undeniable energy.  Additionally, he welcomed a choir of female backing vocals on the bulk of the material—another career first and a signifier of an “individual thumbprint, joy, sense of exploration, and creative freedom,” as he calls it.

The first single, “Hacienda” produced with Butch Walker, struts along on an unshakable riff backed by Stax-Volt harmonies and Mariachi horns. The propulsive beat and piano take the listener from the exhaust filled air of LA to the tequila-soaked nights of a Mexican hideaway…odd characters abound.  “I was on vacation and the bar was playing all this amazing old music…Gram Parsons, The Band, The Byrds…oh, and Joe Walsh with his great guitar hooks and hilarious, vivid lyrical imagery.  I just thought, ’no one is making music that sounds like this anymore’.  That night, on a beat-up guitar the hotel’s concierge let me borrow, Hacienda, was born.” Griffin complemented the tune with a classic 70s-style sunburnt music video shot all on an iPhone throughout multiple locales, from Hollywood Boulevard and  a pool retreat in the hills to the lush jungles of Tulum, Mexico.

The album’s third track, “Got Off Easy” hinges on a lo-fi beat and acoustic rhythm guitar. With sharp delivery and clever storytelling, he lyrically shares, “a vivid recollection of the naïveté…the cluelessness of youth when you think you’ve got all the answers, drinking cheap wine over scrabble, and misquoting great literature—you look back and wonder how you made it to here…without everything just falling to pieces.  You got off easy.”

“When I Metcha” shuffles from lithe acoustic guitars punctuated by whistling and handclaps into a falsetto-driven confessional chant, “I told ya when I metcha that I’m no good.”

The midnight swing of “Someone Tonight” lays bare the vulnerabilities and longing of faceless strangers travelling to an unknown destination.  It might just be the song that ultimately defines the album.

The rustling build up of “No One Makes It Out Alive” culminates on another hummable hook that proves impossible to shake. Whether it’s the vibrant and vivacious vocal cameo from his kids on “Bad Old Days” or a Thin Lizzy-style guitar solo on “Bleed For It,” he continues to forge new territory with countless surprises up his sleeve.

Anywhere You Go is a natural next step for Kevin.

Better Than Ezra’s legacy encompasses the double-platinum 1995 classic “Deluxe” and its instantly recognizable #1 smash single “Good,” the gold-selling Friction, Baby in 1997 with “Desperately Wanting”, 2001’s Closer with “Lifetime” and ubiquitous “Extra Ordinary” and  the 2005 epic Before The Robots.  The latter yielded “Breathless” notably performed and recorded  by Taylor Swift. That particular legacy continued in 2014 by way of All Together Now and the hit “Crazy Lucky.”

As a songwriter, the New Orleans native stands out as a five-time BMI Pop Award winner and ARIAA Award winner. Moreover, he has landed multiple number ones, including Sugarland’s  “Stuck Like Glue” and Howie Day’s “Collide.” Other credits span cuts for Christina Perri, Train, The Struts, Barenaked Ladies, Blondie, James Blunt, and many more with his cumulative tally of album and song sales exceeding 30 million copies.

Additionally, he spearheaded holiday music super group Band of Merrymakers famous for its debut Welcome to Our Christmas Party and performances on The Today Show, Jimmy Kimmel LIVE!, and NBC’s Christmas in Rockefeller Center. He also co-founded and remains a partner in the popular Pilgrimage Music Festival now in its fifth year. Past performers have included Justin Timberlake and Foo Fighters to name a few.

Now with his solo output, listeners get to hear and know Kevin like never before.