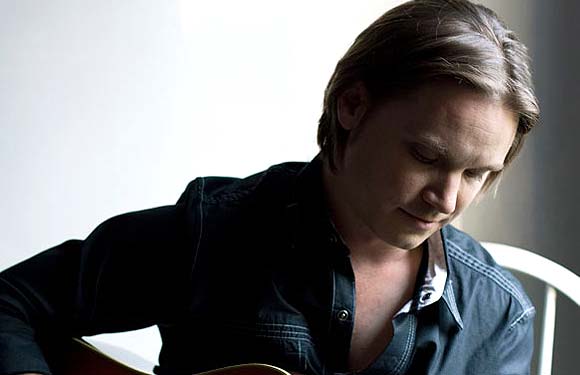 Josh Kear simply transcends boundaries. For years, the 39-year old has been one of Nashville’s most versatile songwriters, equally adepts at unearthing the pain and passion that drives any great music. Kear’s sympathetic eye and keen awareness have paid off handsomely. He has a total of four Grammy awards. Kear was honored with a Song of the Year Grammy Award for Lady Antebellum’s Number One smash take on his co-write “Need You Now.” Carrie Underwood’s fiery recording on Kear’s “Before He Cheats” won the celebrated songwriter his first Grammy for Best Country Song in 2007. “Need You Now,” recently covered by UK sensation, Adele, won the same award. In 2013, he won this award again for Carrie Underwood’s “Blown Away.” He is the only songwriter to ever be awarded a Grammy for Best Country Song three times.

“A Grammy is the pinnacle in terms of recognition that a song can receive,” says Kear, who has been a writer for Nashville powerhouse Big Yellow Dog publishing for a decade. “Song of the Year is an honor every writer dreams of achieving. What it really means is that the bar is extremely high, and I have a lot to live up to. It’s good – and intimidating.”

In 2012, Kear had six singles climbing the charts: Gloriana’s “(Kissed You) Goodnight,” Lady Antebellum’s “Dancing Away With My Heart,” Luke Bryan’s two week Number One “Drunk on You,” Carrie Underwood’s Number One “Blown Away,” and Darius Rucker’s “True Believers.”

Kear continued to find success in 2013. He garnered both Songwriter of the Year and Song of the Year (Luke Bryan’s “Drunk on You”) and three additional ASCAP Awards (“(Kissed You) Goodnight,” “Blown Away,” and “Two Black Cadillacs”) at the 2013 ASCAP Country Music Awards. In addition to his 2013 awards, Kear penned three Number Ones: Carrie Underwood’s “Two Black Cadillacs,” Time McGraw and Taylor Swift’s “Highway Don’t Care” (spent two weeks at Number One), and Tyler Farr’s “Redneck Crazy.”

In 2014, Kear had a string of number one songs such as, Frankie Ballard’s debut single, “Helluva Life”, Dierks Bentley’s smash hit “Drunk on a Plane”, and Blake Shelton’s debut single of his album Bringing Back the Sunshine “Neon Light.”

Some songwriters might pick favorite cuts by the accompanying paycheck. Instead, Kear finds the same gratification anytime a singer cuts one of his tunes. “Anytime someone connects enough to a song to want to make it their own is amazingly rewarding,” he says. “There are multiple levels and reasons for celebrating every recording. In the end, continuing to get songs recorded means you get to keep writing songs for a living. That alone is a reason to be grateful.” Significant commercial success – from pop and rock to country charts and beyond – has been a cherry on top.

“Lady Antebellum’s “Need You Now” raises the album’s curtain and dictates the terms,” the Los Angeles Times wrote. “The song’s effective arrangement…updates the sound of heartache, as a minimalist New Age piano couplet echoes over some classic soft-rock guitar.” “We didn’t know what we had that day,” Lady Antebellum’s Charles Kelley told Billboard, describing the morning he and Kear wrote the song with band members Dave Haywood and Hillary Scott. “That’s what I learned that day: You can never predict what’s going to be your big hit.”

Not surprisingly, Kear may need to expand his trophy shelf. In addition to its Grammy win, Carrie Underwood’s scathing take on “Before He Cheats” (a co-write with friend Chris Tompkins) became the fourth longest charting single in the history of the Billboard Hot 100 chart (an astounding 64 weeks). The most downloaded country song in history until 2009, it was also nominated for the 2008 Grammy Song of the Year. Like “Need You Now,” the song topped Billboard’s Country chart for five weeks and crossed over onto MTV and VH1, scoring the People’s Choice Award for Best Country Song of the Year.

Kear has had a total of twelve number one songs in his career. His most recent cuts include “Drinking Class” off Lee Brice’s third studio album, I Don’t Dance and “Long Stretch of Love” by Lady Antebellum, both of which could easily be Kear’s next Number Ones. Even after such far-reaching achievements, Kear maintains a humble workaday approach to craft.

Along with the impressive list of cuts, Kear also boasts a long list of television placements. He had two songs on Hart of Dixie (“(Kissed You) Goodnight” and “Wild At Heart”), two on The Bachelorette (“(Kissed You) Goodnight” and “Drunk On You”), two on The Voice (“Inventing Shadows” and “Need You Now”), “Need You Now” on both Glee and The Glee Project, and “Halleluy-all” on both GCB and Texas Women. Kear is also credited with songs in the mega-successful films Zero Dark Thirty (“Need You Now”) and Country Strong (“Shake That Thing”).