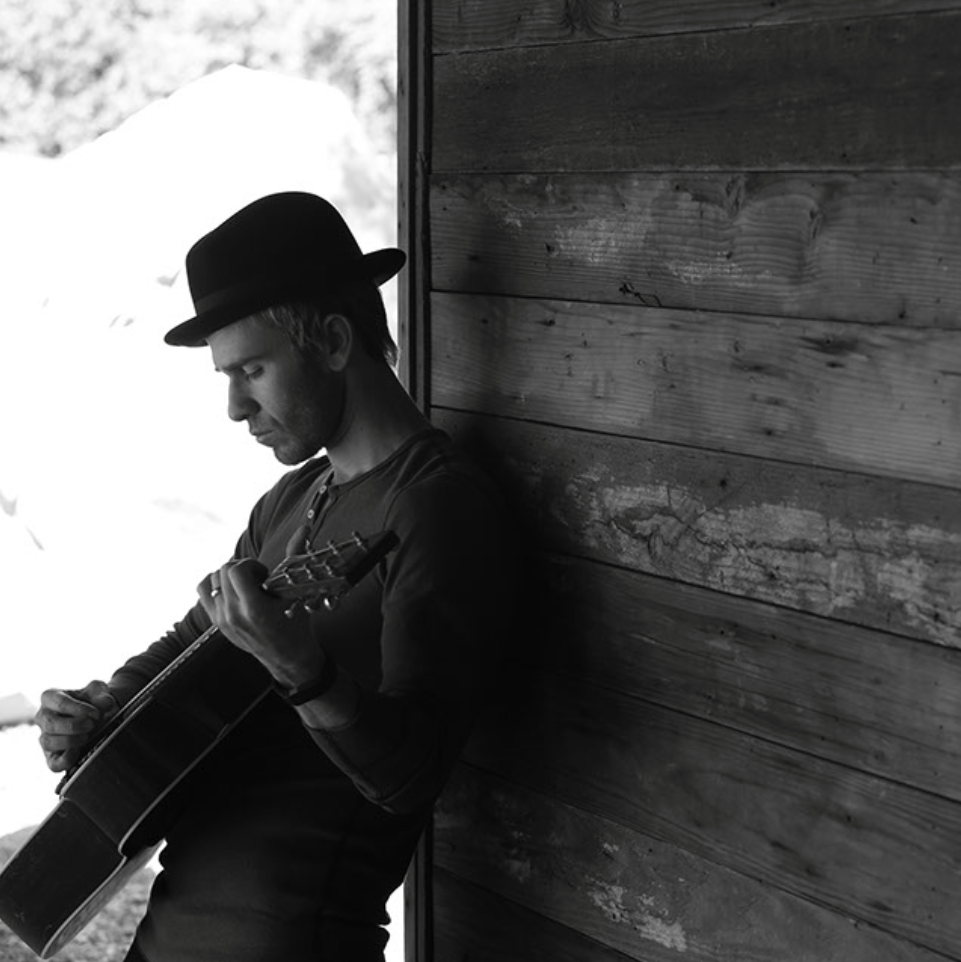 Jason Wade is the singer, songwriter, guitarist, and founding member of Lifehouse, a band which, since forming in the West Valley of Los Angeles in 2000, released seven albums that have cumulatively sold more than 15 million copies around the world. He wrote the Billboard Hot 100 Top 40 hits “Hanging by a Moment,” “You and Me,” “First Time,” and “Whatever It Takes.”

Born to missionaries in Camarillo, CA, Wade and his older sister traveled with his parents to Hong Kong before returning to the US to settle in Portland, OR, and then Port Orchard, WA, after his dad split when he was 10. Teaching himself to play guitar as a shy, introverted teenager, he immediately began to write songs as a “coping” mechanism to help him get through the “traumatic aspects” of his life.

Signed to a record deal at 17, Wade, by the time he was 20, had already penned “Hanging by a Moment,” the very first song on Lifehouse’s debut album, No Name Face, which went on to top the Billboard Modern Rock chart, crossed over to become Top 40’s Most Played Song, peaking at No. 2 on the Hot 100 as the album climbed to No. 6. The band proceeded to score a string of airplay hits in an astonishing array of formats, from Hot Adult, Adult Alternative, and Adult Contemporary to Dance Club and even Christian.

And while the publicity-shy frontman grew to enjoy the interaction with Lifehouse’s loyal fans, the endless cycle of recording and touring eventually wore him down. After spending almost three years on the band’s last studio album, 2015’s Out of the Wasteland – which began as a Wade solo album, but turned into a band effort – Jason found himself needing another creative outlet for all the songs he’d written that never made it onto a Lifehouse album. His writing began to stretch into different genres, including country and Americana.

Wade’s comments from the label bio accompanying the band’s 2007 album, Who We Are, proved prescient.

“I’ve always been a people pleaser. I was constantly worried about making my parents happy, then satisfying an audience and, as a signed act, placating our record label. Now, I’m at a place where it doesn’t matter to me. I’m comfortable being myself. The songs I’ve written that have connected to the most people have occurred when I’m not worrying about how everyone will react. I’m writing from an honest place, alone in my room not thinking about who’s going to hear it, what they’re going to think, or how they’re going to interpret it. The lyrics can’t be contrived. They have to hit you right in the heart.”

Ten years later, those words ring true as Wade has collected approximately 40 of the songs he’s written since Lifehouse started – and didn’t make it onto any album – and is releasing them, one a week, until every one is available. He has even collected 14 of them (three of which also appeared on Out of the Wasteland) on a single disc, Paper Cuts, selling them on his website (JasonWadeMusic.com), with an eye toward donating the proceeds to charity.

Influenced by The Beatles and Elliott Smith’s XO album, Wade’s solo material delves into some of his previous themes, from the road weariness of the title track, the disconnectedness and isolation of “Satellite” and “Clarity,” to the falling-out with his father in the harmony-laden “Chapter Two,” and the chilling minor key of “Goodbye,” along with the yearning love songs in the banjo-strumming “Angeline” and the hushed “Breathe Easy.”

“It’s a relief not having the pressure of trying to please radio,” says Wade, who has also co-produced the last three Lifehouse albums in his Agoura Hills, CA, home studio once owned by veteran producer/engineer Don Smith. “It feels so free to release music outside the Lifehouse brand. Just to create what I feel in the moment, put it online, and let people hear it.”

Since signing to Sony/ATV Music Publishing, Wade has been busy collaborating with other writers, submitting tracks for film, TV, and commercials while contemplating a move to Nashville, where he has bought a house and is being welcomed with open arms.

“I’m meeting so many talented people and working with some great co-writers,” he says of his recent trips to Music City. “I love how laidback everyone is. It’s a whole different energy from writing in Los Angeles. I find putting yourself in foreign environments can help the process.”

The evolution of Jason Wade takes him back to his very beginnings as a songwriter who never dreamed about being in the spotlight himself. That said, he is determined to keep his solo work very separate from his “night” job.

“I get to record and release these songs,” he says. “Then I get to go on tour with Lifehouse. It’s the best of both worlds.”

With Universal Music Enterprises’ June 2017 release of Lifehouse: Greatest Hits, the band followed it up by embarking on a month-long tour, co-headlining with Switchfoot, another group that boasts a spiritual rock identity.

“It makes for a new bookend,” says Wade of the compilation. “But I can see us making more Lifehouse music in the future. There have been plenty of peaks and valleys over the last 17 years, but it’s all worth it.”

“It’s like the wild west out there,” he laughs. “You can do whatever you want. There are no rules, and there’s something great about that. I’m having some fun, not taking myself so seriously. The only thing you can be sure of and control is your own music, which is why I’m putting it out this way.”

As he has since the start of his career almost two decades ago, Jason Wade is still “hanging by the moment,” ready for what comes next.