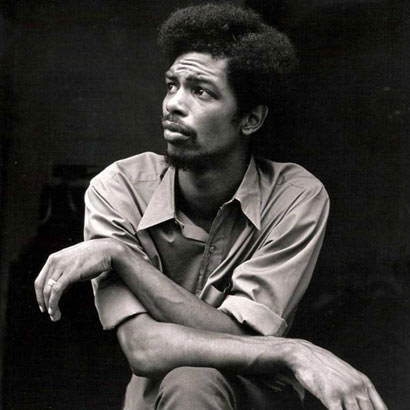 Gil Scott-Heron’s life, music, and rare personality defy easy explanation. In fact, even with his phenomenal wit and gift of gab, Gil could not simplify his musical offerings.

Fittingly, because he believed so deeply in humankind’s connection to “spirit,” he wrote the following on the liner notes of his album entitled Spirits, released in 1994:

“I have no idea how many times I’ve been asked what I call my music.… In truth, I call what I have been granted the opportunity to share ‘gifts.’ I would like to personally claim to be the source of the melodies and ideas that have come through me, but that is just the point. Many of the shapes of sound and concepts have come upon me from no place I can trace: Notes and chords I’d never learned, thoughts and pictures I’d never seen. And all as clear as a sky untouched by cloud or smog or smoke or haze. Suddenly. Magically. As if transferred to me without effort.”

He also offered this description:

“What do you call reggae, blues, African vibration, jazz, salsa, chants, and poetry?… Seriously trying to define it, I’ve said it’s Black music. Or Black American music. Because Black Americans are now a tremendously diverse essence of all the places we’ve come from and the music and rhythms we brought with us.”

From his first well-known album Pieces of a Man (1971, including the iconic “The Revolution Will Not Be Televised”) to his final album I’m New Here ( 2010), Gil released more than 20 albums and hundreds of compelling compositions that addressed profound social issues as well as the love, happiness and pain of the human condition — with turns of phrases, humor, and a depth of understanding solely his own.

Gil grew up in Jackson, Tennessee, raised by his grandmother, Lily Hamilton Scott. After his grandmother died, Gil moved to New York City as a 13-year-old to live there with his mother. He attended college at Lincoln University in Pennsylvania, but before receiving his bachelor’s degree, he stopped to write and publish two novels, then earned a master’s degree in writing from Johns Hopkins University in Baltimore. Gil spent his adult years living primarily in Washington, DC, and NYC, and launched his music career in his early 20s. For more insight about Gil’s life and legacy, we encourage you to acquire The Last Holiday and read about Gil’s life in his own words.