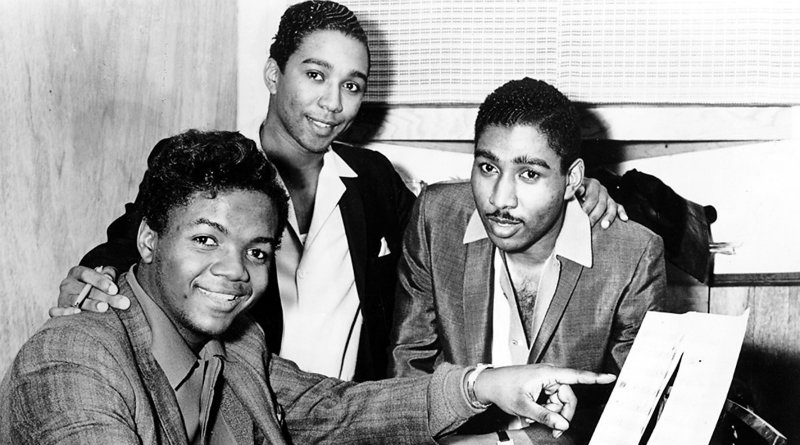 Eddie Holland, member of both the Songwriters and Rock & Roll Halls of Fame, helped pioneer the classic Motown sound of the 1960s by writing over 200 of the biggest hits of the Golden Era of Soul.

Before he became world-renowned for his role in the Holland-Dozier-Holland writing and producing team of Motown, Invictus, and Hot Wax fame, Eddie Holland was a singer who released 20 solo singles, along with one album and a Top Ten R&B single, “Jamie.”

Paralyzed by stage fright, Holland transitioned from his performance career to concentrate on behind-the-scenes work as the lyricist of the famed Holland-Dozier-Holland team for Berry Gordy’s Motown empire.

With Holland-Dozier-Holland, Motown grew to become a hit machine virtually unparalleled in its productivity and consistency. Marvin Gaye recorded several early hits co-written by Holland, including “Can I Get a Witness?” “How Sweet It Is (To Be Loved by You)”, and “Little Darling”, while Martha and the Vandellas recorded “Heat Wave”, “Nowhere to Run”, and “Jimmy Mack.” However, Holland found his greatest success with hits for The Supremes, including “Where Did Our Love Go?” “Baby Love”, “Come See About Me”, “Stop! In the Name of Love”, and “Back in My Arms Again”.

By the middle of the decade, Holland-Dozier-Holland’s “symphonic soul” sound was setting the pace for pop music everywhere. The Four Tops recorded “Baby I Need Your Loving”, “I Can’t Help Myself”, “(It’s The) Same Old Song”, and the chart-topping perennial favorite “Reach Out I’ll Be There”, while the Supremes released “You Can’t Hurry Love”, “You Keep Me Hanging On”, “Love Is Here and Now You’re Gone”, and “The Happening”.

Eddie Holland then proceeded to launch the Hot Wax and Invictus labels, while continuing to write and produce more hits, like Chairmen of the Board’s “Give Me Just a Little More Time” and Freda Payne’s “Band of Gold”. Holland also wrote for other well-regarded soul and rock artists, including Parliament, Ruth Copeland, 8th Day, The Flaming Ember, and Honey Cone. Seven years after its inception, Invictus closed, and HDH Records was established to handle Hot Wax and Invictus reissues, as well as a handful of releases from new artists. The label issued new material as late as 1999.

In the 2010s, Eddie has seen his music continue to reach hundreds of thousands of people through the Tony-nominated hit show Motown! The Musical on Broadway. The production, which originally opened in New York City, has continued to mount productions in the UK and Japan, as well as a US National tour.

Additionally, Holland has been busy composing the score for a musical production of The First Wives Club, which is slated to hit Broadway in 2017.

Most recently, the UK’s Ace label revived Eddie Holland’s solo recordings with the extensive double-disc set, It Moves Me: The Complete Recordings 1958-1964.