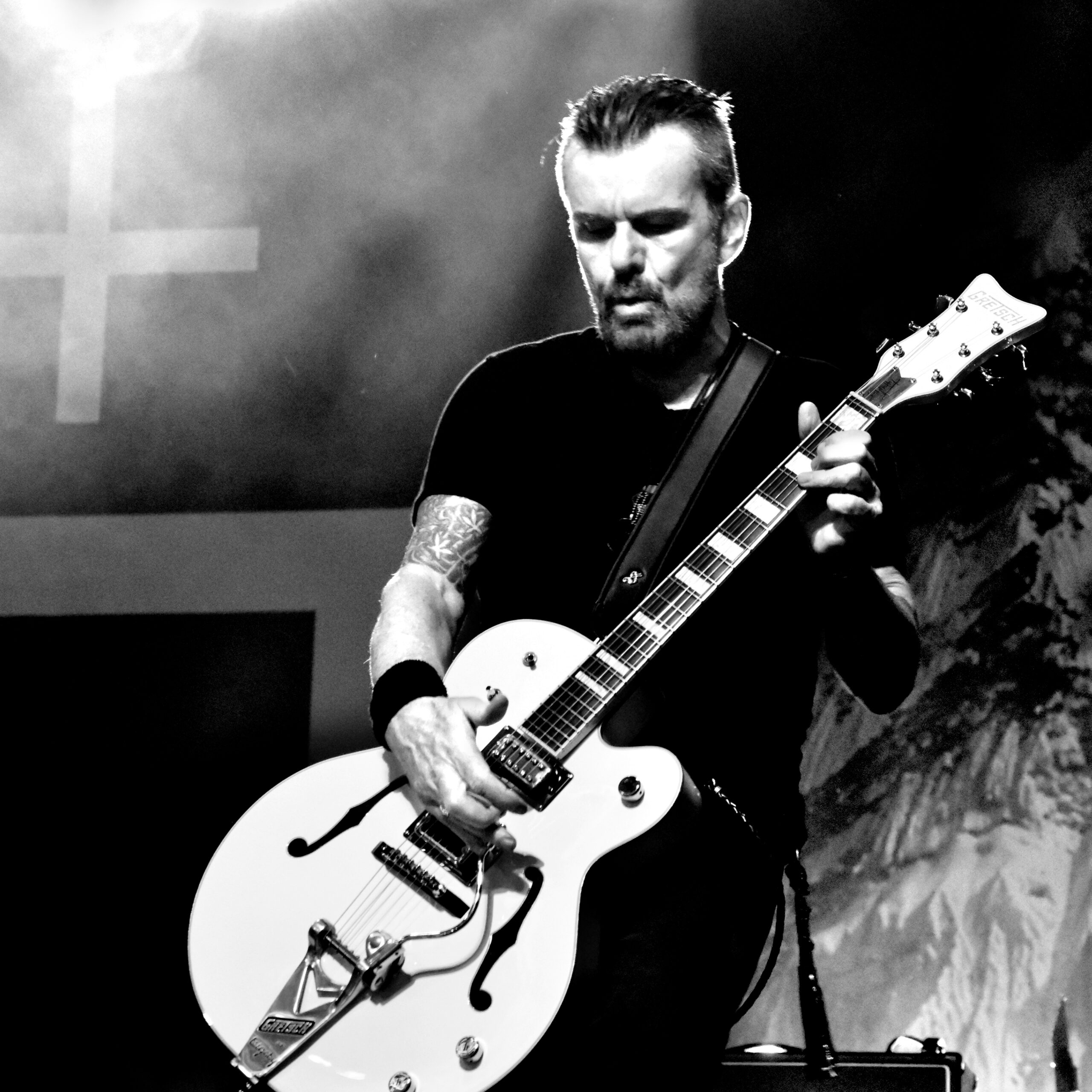 Manchester born Duffy moved to London in the early 1980’ and began playing lead guitar with the band Theatre of Hate before meeting Ian Astbury, who was at that time the frontman/lead vocalist with the Southern Death Cult. He was sufficiently impressed with Duffy’s talents that he started a new band with him called Death Cult. After releasing two singles, the band shortened its name to The Cult. The band’s seminal debut single ‘Spiritwalker’ was followed up with their debut album titled ‘Love’, which featured the enduring hit “She Sells Sanctuary”.

Produced by the legendary Rick Rubin The Cult’s third album ‘Electric’ , released in 1987,  introduced the band to new fanbase particularly in the US and in 1988 Duffy moved to Los Angeles, where he began work on the band’s 1989 album ‘Sonic Temple.’ This period saw The Cult’s popularity soar with the band filling stadiums around the world.  The band’s popularity then peaked with the release of  1991’s ‘Ceremony’ before they took a break  in 1995.

In April 2019, The Cult announced a world tour to celebrate the 30th anniversary of the release of their fourth album Sonic Temple and in 2020 they revealed their intentions to record a new album with producer with Tom Dalgety  at the legendary Rockfield Studios  in Wales where they recorded their debut album.